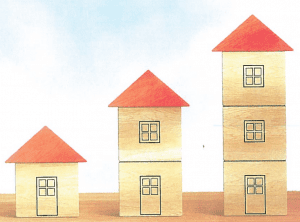 This time of year I like to share my observations of the Maine real estate market and forecast things to come (spoiler alert) the news is still good. Describing Maine’s real estate market is like describing its weather. First there is a discussion about the southern part of the state and later the northern part of the state, as it is often different.

The Real Estate Forecast Conference sponsored by the Maine Real Estate & Development Association (MEREDA) was held in Portland in January where the leaders of the industry revealed a flood of positive statistics and a bright forecast of things to come. As with population and average income levels, real estate in the greater Portland area and Cumberland County set the tone for the rest of the state.

Towns such as Cumberland / North Yarmouth; Scarborough; Yarmouth; South Portland; Cape Elizabeth; and Falmouth represent some of the hottest real estate markets in Maine. Even areas such as Biddeford/ Saco and Lewiston/ Auburn are seeing increased activity. While the single family market has been relatively flat since 2010, the new market is being driven by existing inventories as new single family construction continues to stall. Interesting enough, this is not true for condo sales where new construction is leading the market. If you have not visited Portland’s Munjoy Hill neighborhood in the last few years, you would not recognize it. Low-rise condominium buildings have sprouted like mushrooms.

Boomers have become empty nesters who do not want to deal with the four bedroom suburban house. They are migrating to the new high-end condominiums in the urban areas such as Portland to enjoy the fine restaurants and cultural attractions the city has to offer. Changing demographics in the urban areas see condos being purchased for vacation homes; investments; and a search by many for a new living style. Condo sales are becoming more than a third of the real estate market.

Many factors are creating this condo market environment. Millennials are looking for their first home (45% of buyers). They do not own cars and use uber or public transportation in the city. With the economy improving, the inventory of apartments in the cities is shrinking. Multi-family buildings spend less than 30 days in the real estate market in Portland due to a favorable cap rate for quality properties. Even historically left-behind multi-family markets such as Lewiston and Biddeford witnessed in 2018 its inventory shrinking and cap rates of less than 10%. Surprisingly, the boom in hotel building in the greater Portland market is having an effect, as hotel owners frantic to find affordable housing for their hospitality staff needs, are turning to buying apartment buildings for their employee use.

So what does all of this mean for the future condo market? My 2019 Forecast is this:

And one final forecast issue. For those not paying attention, with Millennials in the market big time, the iBuyer real estate buy/sell model will be a major force to change the way real estate is transacted.  With companies such as Opendoor; Knock; OfferPad; and Redfin either starting or testing ibuyer services to reduce the cost of transactions as well as speed up the process, predicting future real estate markets will be like predicting weather.   To paraphrase an old Maine adage, “If you don’t like the real estate market, wait a minute.”

Printable Version of this Article