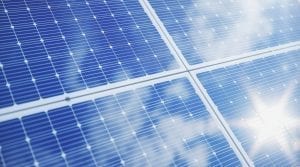 Solar panels may be an option for your community. Legislative incentives are available in states around the country.

There is a growing consensus that climate change is real and its consequences will have significant impact on our quality of life and regional economic future. While the cause of climate change may be debated, its potential impact on future generations should not be. So the real question should be, what are we going to do about it?

If part of the solution to climate change is living more sustainably with a goal of zero-carbon power production, condominiums can take a key role in this effort. By the very nature of community living, condominiums reduce our carbon footprint through more efficient use of the land and reduction of construction materials with multi-family building designs. Many urban condos are developed by recycling old buildings that are re-purposed thus avoiding the wrecking ball and waste generation.

While there may be some hard choices in our future, some recent events in Maine give hope we have turned the corner and will now address climate change head-on. The prior state administration’s opposition to developing sustainable energy sources including wind and solar power has been replaced after the gubernatorial election with an informed environmental agenda.

The most recent illustration of this is Governor Mills’ passage of a bill in April to reverse prior state regulations suppressing photo-voltaic (PV) solar panel use. The new regulation has reinstated the net metering rules allowing users of PV panels to receive tax credits for sending excess power into the electric grid. This not only makes the investment in solar panels more financially feasible but also promote stability in the PV market allowing solar panel suppliers to plan for the future, as is the case in most other states.

Not only has the price for these PV solar panels been dropping rapidly over the past few years, the methods of maximizing their usefulness in a community environment is becoming more viable with the newest technology allowing both direct and scattered sunlight to create electricity and by use of power inverters so electric power can be directed into batteries or the utility grid to sell back excess electricity. These PV panels can be grouped into arrays called micro-grids that can collect electricity and distribute to not just one user but a community of users.

These micro-grids can be located in a wide range of locations. They do not have to be on top of roofs which are objectionable to many. Instead, they can be located in empty areas around the condo complex. As an example, one of these ‘solar farms’ can feed two buildings with four units in each. Buildings such as these are fueled today by shared propane tanks in the backyard, why not solar arrays?

These types of PV solar arrays can provide electricity to fuel common elements such as the club house; street lights; and hallways light fixtures. Unit owners could opted into becoming a member of a solar farm and own a portion of the panel array (called a share) or they could opt out. Those owners who become members of the array can then improve their current old heating system by converting to an electric, ductless mini-split system producing both heating and cooling which they never had before and adding value to their unit. With inexpensive electrical power available condominiums can consider adding fueling stations for battery driven automobiles further reducing fossil based fuel consumption and fostering cleaner air.

Though the April bill on approving net metering is good news, much more legislative action is needed. Currently, there is a state imposed cap on the number of users that can participate in a community solar array. This cap of nine (9) participants needs to increase to make community solar farms viable for most condominiums. There are plans in the works in Augusta to increase the level of participants in a solar array project to 50 or even 200.

Those condo communities with an interest in using solar power in the future should be following these legislative events.  It is not too early to form an exploratory committee to review all of the special issues condos will face to implement solar power, as compared to an individual home owner. This research should reach out to other states who are ahead of Maine’s solar curve.  One good source is A Solar Guide for Condominiums Owners and Associations in Massachusetts easily found on Google. With the governor’s recent establishment of the Office of Innovation and the Future and other local municipal resources readily available, a well-conceived bright solar future is ahead of us.

Download a PDF copy of this Condo Media Article