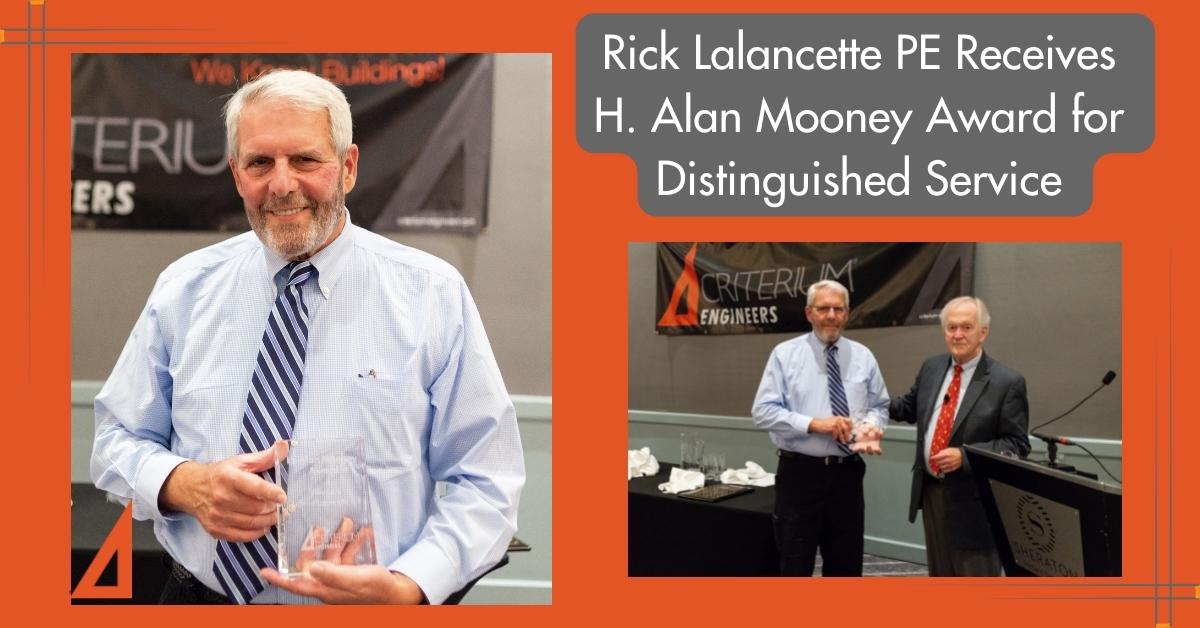 Congratulations to Richard “Rick” Lalancette, P.E., who was named recipient of the H. Alan Mooney Award for Distinguished Service at an awards ceremony held at the recent Criterium Engineers biannual conference. This award represents the very best of the Criterium Engineers organization, both in continuous performance and ongoing impact.

Lalancette is founding president of Criterium-Lalancette & Dudka Engineers, based in Rutland, Vermont. He began the franchise in 1988 and sold it in 2019 to Andrew Dudka.

Criterium Engineers president David Leopold noted, “Those who earn this recognition truly represent dedication to the profession, service to clients and contribution to community.” He added that Lalancette is the fourth recipient of the award.

The nomination noted that Rick has conducted over 12,000 inspections personally and oversaw the work of tens of thousands of inspections conducted by licensed, Professional Engineers working for the firm. He’s presented numerous seminars to realtors, first home buyers, bankers and others on topics related to his work. He also has a strong history of working with the local chapter of the New England Community Associations Institute. And many years were devoted to community service projects as a member of the Rutland South Rotary Club.

“We are truly fortunate to work among individuals who have been identified as exemplifying our distinguished service and the ideals exemplified by Alan Mooney for over 45 years.” Mooney assisted Leopold in presenting the award to Lalancette.