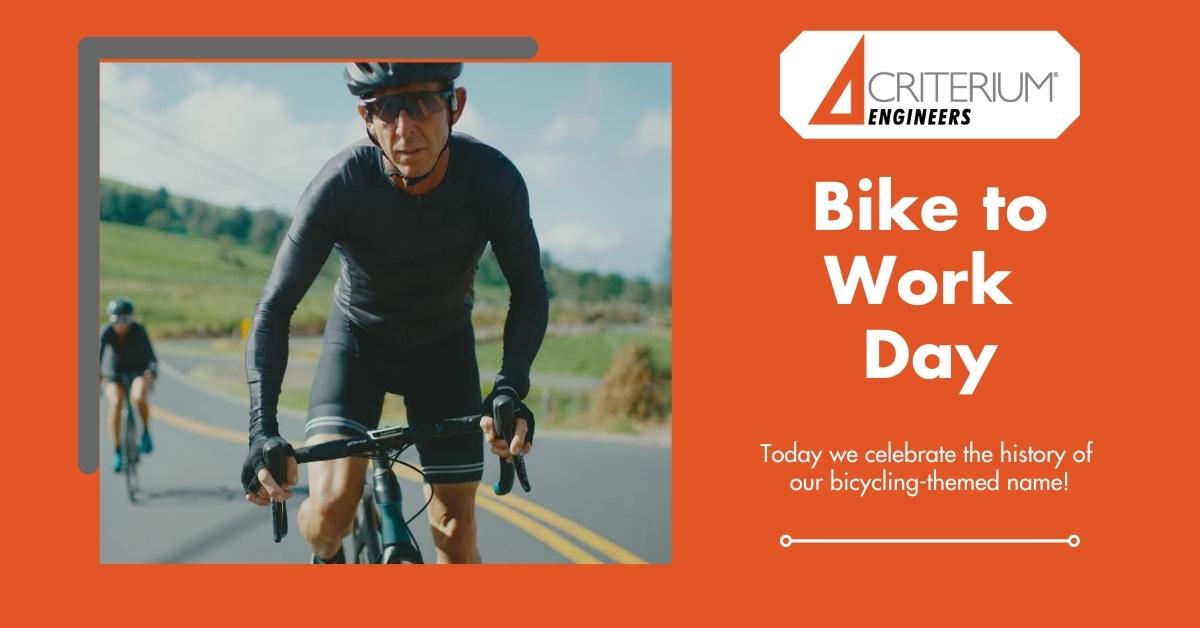 History of the “Criterium” part of our name…

A company’s name can reveal a lot about the values and interests of a company or its owner, or—in this case—both. Criterium Engineers’ founder’s passion for biking is part of the history for the basis of our Criterium name.

In the 1980s, H. Alan Mooney, P.E., an avid cyclist—then and today—was working with an ad agency to come up with a new company name that would be based on setting the standard for what we do.

An advertising representative, who knew nothing about cycling or Alan’s love of the sport, was intrigued by the level of detail and criteria involved in our day-to-day work. She suggested a name that she thought she made up: criterium. Alan explained that a criterium is a French word that already exists and is used across the globe for spectator-friendly bicycle races.

From Merriam-Webster Dictionary
Criterium: noun
cri·​te·​ri·​um | \ krī-ˈtir-ē-əm : a bicycle race of a specified number of laps on a closed course over public roads closed to normal traffic

However, the Criterium name struck a chord and was ultimately selected and trademarked. It’s now known as one of North America’s leading consulting engineering firms working with building owners, real estate investors, contractors and homeowner associations.

The history behind a name, including Criterium Engineers’ name, tells a lot about the brand, but this one also has a personal connection.